Hernán was born in Granada (Spain,1990 ). He began his career of movement in martial arts (KungFu), after years of practice and learning he became a Kung Fu teacher. After 6 years in Martial Arts he began his career as a contemporary dancer at the “Reina Sofia Conservatory of Granada.” Two years later due to artistic interest in the Belgian scene, he entered the Royal Conservatory of Antwerp. After finishing school he worked with Renan Martins, Agostina D’Alessandro, Tuur Marinus and Iris Bouche. Currently Hernán works freelance as a dancer for the company “De Spiegel” and "NatGras". On the side he is teaching Contemporary Dance, Kung Fu Wushu ( Chang Chuan) at the " Royal Conservatory of Antwerp" and different training based on “The Movement Culture". 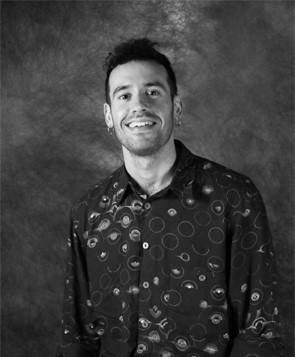